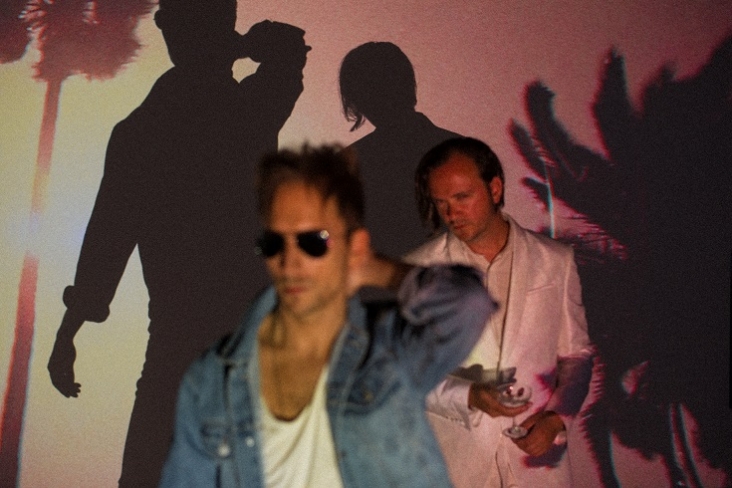 Synth-pop duo Sin Cos Tan have already two albums, a host of packed-out festival appearances and a big dose of musical experience. Finnish duo consists of 2 already established musicians: producer-DJ Jori Hulkkonen (who has previously put his magical producer hands on works also with Pet Shop Boys´ Chris Lowe, Jose Conzalez and Tiga) and Juho Paalosmaa, songwriter and vocalist from Villa Nah who released one of the best albums of 2010 ‘Origin’.  The Sin Cos Tan duo received huge international critical acclaim for their self-titled debut album back in 2012, including a nomination for ‘Critics Choice of Album of The Year’ at the Finnish Emma-Awards. The boys chose not to rest on their laurels and released only 10 months later their successful follow-up album ‘Afterlife’ including hit single Limbo.

From their self-titled debut album in 2012 onwards, Juho Paalosmaa and Jori Hulkkonen have established a classic partnership within the duo-format and songwriting. With two critically acclaimed albums already out and third album on the way, Sin Cos Tan is at the peak of their creative powers. No shortage of drama, intensity nor sheer pop perfection – this duo delivers. Tenfold.

Finland’s Jori Hulkkonen has never been the one to paint himself in the corner.
With releases in the last two decades exploring 360 degrees on the musical radar, he’s been hailed as “the most underrated producer in the world”, “living legend of electronic composition” and “music’s best kept secret”.

Since the debut 12″ in 1993, ten artist albums for F communications and more recently Turbo recordings, collaborations with people as verstaile as Chris Lowe from Pet Shop Boys, John Foxx, Jose Gonzales, Jesper Dahlbäck (as Kebacid) and Phonogenic (as Discemi), dozens of 12″ singles on some of the world’s hottest labels, and close to a hundred remixes for artists as diverse as Chromeo, Kid Cudi, Robyn, and Lydia Lunch, followed by producing albums for the bands Sister Flo, Villa Nah and Nightsatan, and naturally the writing and production work on both Tiga -albums, all qualify as self-explanatory efforts of a passionate music aficionado. And that’s excluding the sideprojects.

Eversince the mid 90’s Jori has travelled across the globe as a DJ and played hundreds of clubs and festivals from Australia to Zurich -and every alphabet inbetween -spreading the vibe with his unique blend of house and techno, fuelled by insatiable curiosity about the music’s future and profound understanding of its past.

Aside from the more traditional DJ/producer work, in the past couple of years Jori has raised some knowing eyebrows by assembling the Acid Symphony Orchestra, an experimental avantgarde techno ensemble of eleven persons, featuring ten Roland TB-303’s, performing a raw score written, conducted and mixed by Jori. In 2009 the project received an approving nod from the highest authority available in the noble form of Ralf Hütter after the Acid Symphony Orchestra had warmed up for Kraftwerk.