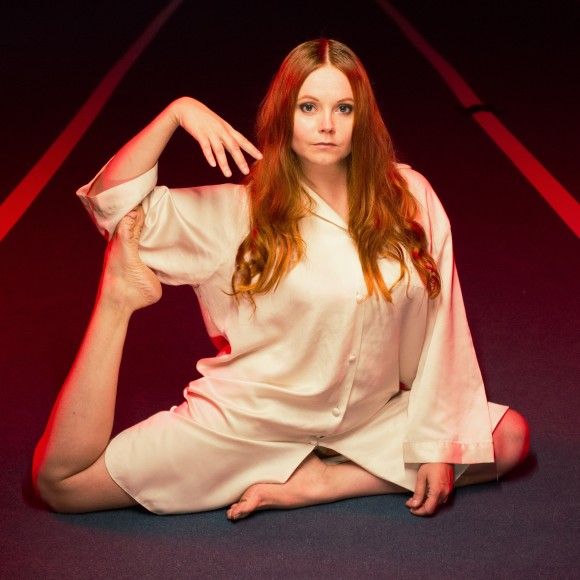 Behind the name M is Kuhmo-based singer-songwriter Minja Koski. The all songs written by Minja Koski, the peculiar and sensitive sound, and the personal soundscapes by producer Miikka Ahlman convinced both critics and listeners with the debut album Tehtaantyttö, which was released in autumn 2017. Finnish music magazine Soundi rated the album with five stars and MTV voted it the best Finnish album of the year. The second album Näytän missä asun was chosen for Emma award candidate (The Finnish Grammy award) in the critics’ selection category. Minja Koski was also nominated for the Teosto Prize for the compositions and lyrics of that album.

The songs from M`s third album, Punainen ovi, which will be released on October 2nd 2020, are all inspired by dreams and time travel. Thematically, the artist has toyed with the idea of ​​rebirth as well as pondering identity; its construction, construction and abandonment.

Inspiration sources for album sound production have been the disco of Russian mining town, medieval legends and British rock music of the 60s and 70s. Miikka Ahlman, who has produced M’s both previous albums, is now responsible for the production of the third album together with Minja Koski.

M has redeemed her place among the most interesting artists in Finnish pop scene. In addition to Koski and Ahlman, musicians in M albums and live shows are Simo Saukkola, Jussi-Pekka Parviainen and Aleksi Kaufmann.