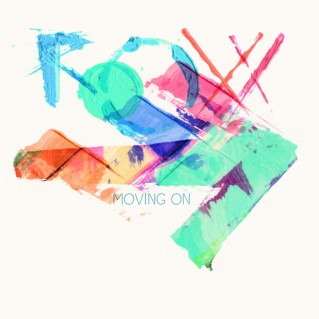 The second single ‘Moving On’ by ROOXX from the upcoming debut album.
Beautiful miraculous vocals by Ringa Manner.

I suck at talking about the music I make. At the same time I don’t like the bios that I hire people (very nice people) to write. So this time I feel that it’s best that I do all the writing and

introducing myself so that there won’t be someone else to blame. ROOXX is my new page in music. It’s been pretty clear from the beginning that it is very much based on one quote:
“Write the music you would like to hear yourself”

Yes it’s a cliché, but for a reason.

I have already released one song, Breathe In, and this new song I’m introducing to you now is called Moving On. To me it’s logical to release these two numbers in a row since Breathe In is the opener on the album (which will be released in the fall of 2016) and Moving On is the

album’s finale. In between there will be a fresh palette of different sounds and sonic journeys. I wrote the melody for Moving On very fast with a vocoder freeware I downloaded 10 minutes before. I started to like the melody and thought I needed to make a song out of it. I immediately knew who’s voice I wanted on it – Ringa Manner – a Finnish female musician who I adore and whose vocal skills are miraculous. Fortunately she came by my studio to sing and together we put together some lyrics. I also asked my dear friend Paula Vesala to write the rest of the lyrics and she brought her fellow writer Scott Barnhardt onboard as well. I produced and coded it. Through ROOXX I present something pure that comes from a place I call creativity and imagination – the two sources that are 100% free of any human limitations.

I am planning to put out a couple of more songs before the album release and also do some live shows in the summer of 2016, one of them at Flow Festival in Helsinki.

I hope you enjoy Moving On.