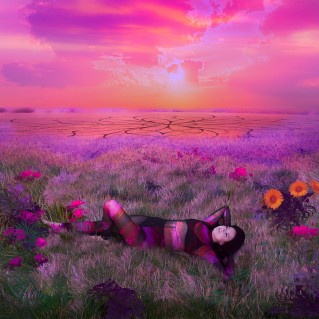 New Ro’s latest single ‘cropcircles’ is a catchy banger that you want to play on repeat.

New Ro releases now the second single off her debut album ‘late bloomer’ forthcoming on Solina Records on February 5th 2021. ‘cropcircles is about doing your own thing even when no one is watching.

“I’ve always gone against the grain and ‘cropcircles’ celebrates the sense of freedom I get from that. I tell a symbolic story of a town where cropcircles appear in the fields, and no one can figure out where they come from.”

“It’s about the giddiness of having sneakily done something amazing, and the feeling of pride and happiness that follows.”

New Ro´s ‘cropcircles’ is a solid banger with modern r&b influences and New Ro’s cheeky sense of humour. It keeps giving great pleasure with every second, it’s catchy and makes you smile.

In 2020, this productive songstress and comedienne has already released two eps – Kosmos and
i o u – and the first single off album ‘oh hey yeah yeah’.

‘cropcircles’ is written and produced by New Ro, cover art is by Maisa Immonen.