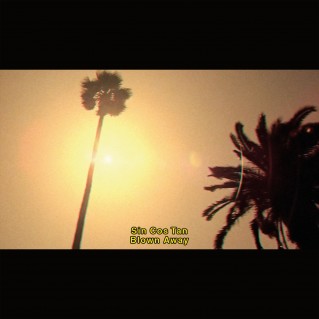 Synth-pop duo Sin Cos Tan are proud to announce their new album ‘Blown Away’, set for release on 18th August (1st of August in Scandinavia) via Finnish label Solina Records.

With two critically acclaimed albums, a host of packed-out festival appearances and a formidable dose of musical experience already under their belts, these Finns are a real force to be reckoned with. Comprising two already established musicians, producer/DJ Jori Hulkkonen (who has previously worked his production magic on works from Pet Shop Boys´ Chris Lowe, Jose Gonzalez and Tiga)and Juho Paalosmaa, songwriter and vocalist from Villa Nah, whose 2010 release ‘Origin’ received rave reviews, the pair are back with more pop perfection on ‘Blown Away’.

Lead single ‘Love Sees No Colour’ is a nostalgic dream-pop gem, while the repeated chant of ‘up against the wall’ in standout track ‘Lifestyle’ perfectly showcases the duo’s ability to craft compelling narratives and infectious melodies. Instrumental ‘Traffic’, meanwhile, is darker in feel, imbued with a driving 80s-inflected synth style reminiscent of Kraftwerk. Finally, ‘Heart of America’ offers an impassioned conclusion to Burana’s tale that is sure to resonate with listeners.

The Sin Cos Tan duo received huge international critical acclaim for their self-titled debut album back in 2012, including a nomination for ‘Critics Choice of Album of The Year’ at the Finnish Emma-Awards. The boys chose not to rest on their laurels and released their successful follow-up ‘Afterlife’ just 10 months later, scoring a hit with lead single ‘Limbo’.
Having now established a classic partnership in their duo format and songwriting style, Hulkkonen and Paalosmaa are truly at the peak of their creative powers. Oozing with drama, intensity, and sheer pop perfection, ‘Blown Away’ delivers tenfold.