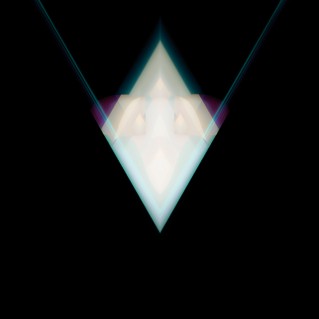 Buy it from iTunes

The roots of Déclassé reach back into 1990s new media bubble. Jani and Juha were working at a up and coming (and – needless to say – pretty soon down and going) internet/multimedia startup in Turku, Finland. Those were glorious times, when anything impossible was possible and limits were limitless. Jani couldn’t be bothered with the hype and was really working to be a music producer, with huge commercial and artistic success in the least selling dance music genres. Juha meanwhile was singing in a Turku-based indie outfit, wonderfully succesful in the field of recording demos and sending them to Finnish music papers – sometimes even to music industry. Artistic differences made further cooperation increasingly cumbersome, and Juha soon moved east of Turku to take part in the telecom sector bubble in Helsinki.

Meanwhile Pekka was finishing his studies in trumpet playing, and graduated as a BA of music, only to soon leave Turku for Helsinki. There only to see the bleak future prospects of Helsinki. The town is sometimes dubbed as ‘Venice of the North’ or ‘Gibraltar of the Baltic Sea” or any other pathetic marketing jargon, but this didn’t fool Pekka for long. Therefore he did the only reasonable thing a young Finnish man in situation like that could do: He moved to Sweden. His girlfriend and the newborn baby moved with him. We have also heard rumours that the move was prompted by his girlfriend’s realism instead of Pekka’s detailed economic calculations. Probably we will never know the ultimate motivations. Such is the case with emigration in general, all kinds of push and pull factors are at play (for more info, see e.g.www.migrationinstitute.fi/)

Meanwhile Simo had dropped out of the university, abandoning a coveted and lucrative career in literature studies and followed his heart instead, to a small town 40 kilometers north of Helsinki. He started to study graphic design and made a lot of friends at the designated smoking area outside the art schools main building. He was also playing gigs with an experimental electronica-rock band, sometimes playing the guitar, sometimes a laptop, often barefoot, occasionally wearing regular shoes or sandals. It was at one of these gigs that he caught the attention of Juha (wearing old sneakers), now already disillusioned by the telecom sector, which had quickly sold out and eaten some the children of its own revolution (names of those technologies and CEOs forgotten by all today).

Meanwhile in Turku, Jani had started a 80s/indie -influenced project with a name found from ‘The concise dictionary of nearly obsolete and extinct words’: enter Déclassé on the stage of this saga. Pretty soon he realised he needed a singer for the outfit and after various excuses from various singers (hoof-and-mouth disease, dementia, civil war and maternity leave; to mention a few of the excuses), when he suddenly remembered a face from the past, a guy always listening to the same Steely Dan tune (Dirty work from Can’t buy a thrill). “It was like a vision, an epiphany, or a George Lucas film flash-back scene”, he said later, “not pleasent, a waste of everybody’s time”. In any case: this is how Juha re-surfaces on the creaking floorboards of the stage of this saga.

Pretty soon Jani managed to secure a gig at a well-known festival in Denmark (very well-known and popular in the UG-IDM-Radical_beats -scene in southern Scandinavia). Now they just needed to find a keyboardist/trumpetist and a guitarist. And as you might have guessed: Pekka and Simo jumped at this chance of travelling abroad for free. Of course, it all came with some artistic compromises: Simo reserved the right to choose his footwear and Pekka the right to complain about keyboard sounds at soundchecks. Against all odds Déclassé’s first public perfomance was a success: roughly 20 per cent of the audience tried to buy their record, although it wasn’t even available. And so, since then, this band of brothers has been fighting logistic challenges, but cleverly taking advantage of the age old marine routes of the Baltic Sea between Turku, Stockholm and Helsinki.