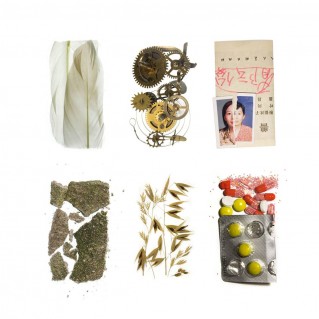 Besides the vinyl, CD and download released late 2015, there will be a Limited Artefact Edition. It consists of artefact objects that the band members have found in various locations and picked up during the album making period. The single artefacts have been cast and framed and each of these unique artworks contains a download code for the album tracks and extra content. This way the listeners can extend their experience by getting themselves a part of the actual history behind the music. The relationship between the music, the music makers and the surrounding world is turned into something more versatile when the end product – the music – is served together with pieces of the real world that were the source and the starting point of that music.

All unique items will be soon displayed and can be mail-ordered directly from their website: http://sansparade.com/artefacts/

The new single “Of Airplanes, Departures and Transitions” out on Friday 1.4.2016 and the Extended Digital Edition of the Artefacts album will be released 15.4.2016 on all popular digital music services.