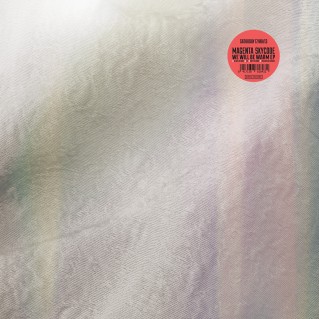 Side B
1. Don´t You know
2. Treasure We Harbour

We Will Be Warm EPis out now (released on Saturday 17th August on vinyl 12”/digital download iTunes, Amazon and available fo streaming: Spotify, Rdio on 17th September) Their massive and flowing sound could evoke days and days of listening without failing to produce new

Magenta Skycode is one of the most recognized and established Indie bands in their native Finland. The band is fronted by multitalent Jori Sjöroos, one of the most successful producers/song writers in Finland, who has produced such acts as PMMP, going multi platinum as a producer and sold over 400.000 records, as well as Niko Kivikangas, Kalle Taivainen, Valtteri Lipasti and Mitja Kiviluoma. Sjöroos has teamed up with american songwriter/producer M. Maurice Hawkesworth to write the lyrics for all albums.

Magenta Skycode has released two albums before this new forthcoming EP “We Will Be Warm”, their first album, entitled IIIII (pronounced Five Bars) was released in 2006. The band’s classic debut album IIIII reached the Top 40 on Finnish sales charts and got excellent reviews worldwide. In 2010, Magenta Skycode released their sophomore album, Relief, to excellent reviews. The album won the award for Best Indie Album at the Finnish Emma Awards (which is the Finnish equivalent of a Grammy) while also being among the contenders for the Finnish nominee for The Nordic Music Prize due to the album’s outstanding lyrics and emotional impact of Sjöroos’ voice. The album, with heartbreak anthems such as Kipling and Trains Are Leaving the Yard has been shared on sites such as The Cool Hunter and Vimeo where it featured as a staff pick, earning Magenta Skycode huge amount of plays on various sites in the process. Relief stayed as number one on the Finnish sales charts for several weeks, as featured on the top sales charts for as long as six weeks.